Today Was One of Those Days in Rescue 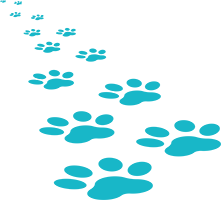 Today Was One of Those Days in Rescue

Today was one of those days in rescue. The feeling of being completely defeated. We were trying out best to help in regards to a hoarding situation and regardless of what we did, it just didn’t seem to be enough.

We first heard about these pups and the six adult dogs approximately 8 weeks ago. We were told their were multiple generations of dogs and 7 puppies in need of help.

The adult dogs were aggressive towards the babies and when we got these puppies to safety they were not dog friendly and they were scared. They were also very physically unhealthy.

Over the weeks we got all the pups healthy even though two of them almost died due to the medical issues. We committed to these puppies and we got them healthy.

Over the past few weeks we have attempted on three separate occasions in getting the 6 adults dogs fixed. We initially were accused that we were only fixing the males because they are cheaper to fix. We explained that we offered to start with the males because it would contain the females and the result would be no more puppies.

Next we offered to help the females, anyway we could help, we tried different options. Six adult German Shepherd dogs in total…two males and four females.

We were also advised two of the dogs, which were females, were pregnant and injured. One of the females has recently given birth. Only one puppy survived. Based upon how aggressive these dogs are we believe the other dogs may have killed the rest of the litter….Still……we tried to help!

After hours of trying, the owner refused to let us take any of the dogs to the appointment. We had a truck, we had volunteers, we had resources and still he did not cooperate. At one point he said we could take the injured female, who he believed to be pregnant, he went inside and did not return. Letting our volunteers wait for nothing. We also wasted the day at the vets office as they waited for our arrival, which never happened. This was the third time this occurred.

Tonight, we will go to bed, reflecting upon the day. Super frustrated of the day. Frustrated by ignorance and selfishness.

Tomorrow is a new day! Which means more rescue. We ask that you know we absolutely did everything we could for the situation and now we are walking away.

So we will not be renting another Uhual, or driving out to Bethel Island, delivering multiple bags of dog food. We will not be wasting anyone’s time.

Thank you for everyone who assisted with today’s events as well as all the support! 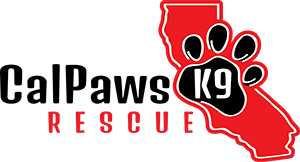